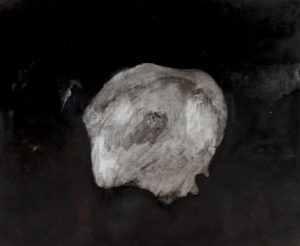 Catarina Pinto Leite has been showing her work at solo exhibitions since the mid-nineties and her artistic creation has focused mostly on painting. With remarkable technical skills and an education in restoration of old paintings, her work, mostly done in oil on canvas, reflects her interest in an abstract and atmospheric treatment of the landscape.

The relationship with nature and the attention to its space and time frame of continuous transformation and transitoriness have always been two strong and fundamental lines that have guided her visual creation. Since the beginning of her artistic career, Catarina Pinto Leite has stood out in the creation of images close to a figurativeness of neo-Romantic character, where the emotional prevails over the rational and where color is, by excellence, the expression of the sensations experienced in the presence of landscapes.

Among the oil paintings produced in different moments of her creation, we find natural and urban landscapes from her country, as well as atmospheres and traces from more distant landscapes, with an artistic accomplishment which reveals her subjective contribution and the sensory apprehension of the subjects present in her work. Those landscapes, together with the color variations she performs, evoke and express states of existential intensity and restlessness, senses and levels of transcendence, where it is possible to feel the singular relationship, both intimate and poetic, that she maintains with those places. In fact, as the artist said in a brief text which accompanied a 2010 exhibit of her work: “I am fascinated by all that is subjective, spiritual, abstract and mysterious”. [1]

The reflections, senses, gestures and poetics that form the basis of her work reveal an interest in highlighting art’s metaphysical and spiritual legacy, with lines and values of representation from different aesthetical languages as a source of inspiration, something which offers possibilities to reflect upon the transfigurating, ritual and sensible power of art. In that sense, we can witness her complicity with the spirit of 18th century Romanticism and the pictorial work of William Turner, which present themselves as indirect, yet marked references of her work.

In her painting, Catarina Pinto Leite evokes bright and nocturnal landscapes, the representation of elements referencing nature, a repeated preponderance of the liquid and the telluric, architectural notes, normally emptied of human presence and with signs of absence and revealing silences. The main subjects are the sky, the wind, the light, the cycle of days, bringing out the transparencies and the dissolving of shapes, the glazes and the effects of nighttime obscurity and the tenuous luminosity that intensify the dramatic effect recurrent in her work.

The organization and accentuation of space as the matter of the fading of memory are evident, for instance, in “Exercícios da Noite”, an exhibition held in 2004 in which Catarina Pinto Leite showed nocturnal landscapes, artistic reproductions of the atmosphere and temporality inscribed in the places evoked. Her representations of the Douro river or of Lisbon’s landscape and light in the exhibit “Uma luz suave assim prateada…” in 2007 presented a set of works of autobiographical character, based on her personal and emotional relationship with the city where the artist lives and the favorite views that form its geography. In 2009, in “O Lugar em Questão”, she evoked the urban landscape, the ruins and the remains of the Italian city of Aquila, expressing both the power and force of nature and human frailty, its solitude and melancholia. Her latest exhibit, “O Mundo Precisa de Mais”, held in 2013, was composed of works that evoked places of passage, namely bridges, suggesting the existence of a path, and in which we sense a symbolic movement of opening and searching for new existential horizons.

For this solo exhibit at Sala do Veado, Catarina Pinto Leite chose a set of works in which research and experimental work, supported by the intuitive side of artistic practice, present themselves as defining aspects of a creative process based on the deepening of the abstract sense of the painting and the graphic sense of the drawing.

Entitled “Intermitências”, this exhibit curated by Manuel Costa Cabral gathers 18 preliminary studies in Indian ink and graphite and 20 recent works of different formats in which the artist reveals an artistic direction with new possibilities.

If in previous works, her production was marked by scenes and subjects very close to neo-Romanticism, in these works the sense of abstraction is more obvious, characterized by a greater purity and essentiality when compared to previous series. It’s a turning point already announced in “Forças da Natreza” (2010), namely in works such as “Outro Lugar”, “Tudo por Descobrir” and, most of all, in “Insustentável Leveza”; but the current works present a different intensity.

Instead of the stylistic choices that brought together her previous styles (for instance, the use and the color pallet), in the current exhibit what stands out is the blob, the more abstract backgrounds, the formless contours, the opposition of bright and dark and the play with light and shadow, which hold greater artistic meaning. The coexistence of different ways of exploring shapes, the texture of the paper, the density and fullness, the rhythm, the direction, the contrast, the intensity and the mark of the Indian ink all reinforce this change. Works like “Fenda”, “Espírito do Lugar” or “Divisível” are prime examples of this. Another significant characteristic in the works showed in this exhibition is the inclusion of silhouettes, which also appear as blobs, such as in “Casa Habitada”.

With this turn, Catarina Pinto Leite imprints in her compositions an enigmatic and distant relationship with our perceivable reality, without ever ceasing to express it, translating and greatly magnifying the room for possibilities of interpretation and the metaphorical meaning of this set of works.

Inseparable from this approach, the Allegory of the Cave – a theme (and also the title of one of the works) the artist explored intensively through the different relationships established between the graphic and plastic subjects mentioned – functions as a guiding thread in a dynamic voyage which, from painting to painting, from image to image, offers the viewer complimentary reading associations and evokes philosophical and metaphysical questions regarding the nature of vision and perception, the appearance of reality and the nature of truth, the senses established between brightness and darkness, light and shadow, being and appearing, being and not being, leaving as background the dichotomy between the sensible plane and the plane of ideas.

Regarding her current works on display, it’s also important to highlight the idea of “Intermittences”, which is also the name of the exhibit. Through this idea, the artist evokes the notion of transitoriness, evoking questions related to the pulse of life, to the intervals, to processes of interruption, to the cycles of nature, presenting the literal and symbolic dimension of light/darkness as a primordial element of her practice.

An interesting aspect of this exhibit is the presence of a set of preliminary drawings, which complements the works shown and which reveal many of the paths followed during the artist’s work process, allowing the viewer to access specific stages of research and practice in her artistic creation. When establishing a relationship between some of the sketches and series presented in this exhibit, the intensification of the degree of formal depuration in some of her current works is at times highlighted, as well as the transformations that some subjects and details underwent in different moments of the development of her artistic production. This is, without a doubt, the perfect opportunity to discover or rediscover the artist’s work.